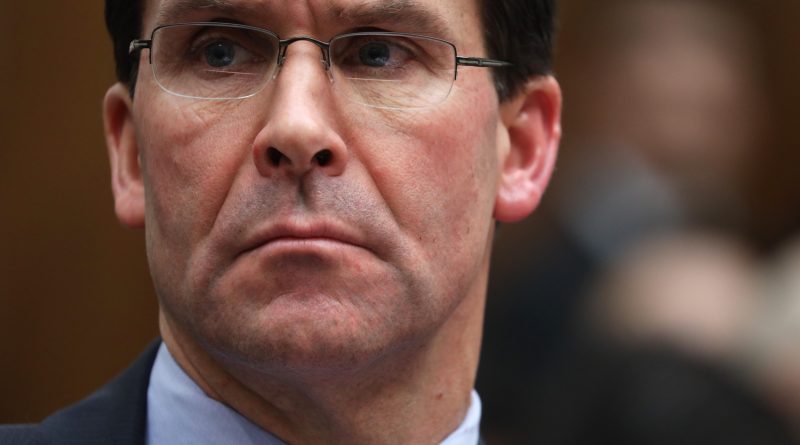 Secretary Esper: Right. So we have authorities under the 2002 AUMF as we just spoke. With regard to Iranian proxies I’d say this: First and foremost, we hold Iran responsible for its proxies and we retain the right to exercise self-defense and to take action where legally available and appropriate to hold those proxies accountable for their actions.

Does that include on Iranian soil?

We will take any and all legally available and appropriate actions to hold Iran accountable for the actions of its proxies.

Do you believe the U.S. has the legal authority to strike Iran for the actions of militias in Iraq?

If it is consistent with the commander-in-chief’s authorities under Article 2 to defend the nation, our people and our interests? Yes, we do.

This is different from what you said earlier, which was we do not. I just want to know why you’re no longer saying we do not.

I said we do not have authority under the 2002 AUMF to strike Iran.

And so you’re distinguishing between that and Article 2 of the Constitution.

That’s exactly right. Those are two very different legal authorities. One is limited to threats emanating from Iraq. And the one is the president’s constitutional authority under the under the Constitution that many presidents have exercised for decades to protect America, to protect our people and to protect our forces.

Which it sounds like you’re saying would allow the U.S. to attack Iran in retaliation for actions by militias in Iraq.

The president always has the right of self-defense to exercise and employ force under Article 2 of the Constitution.